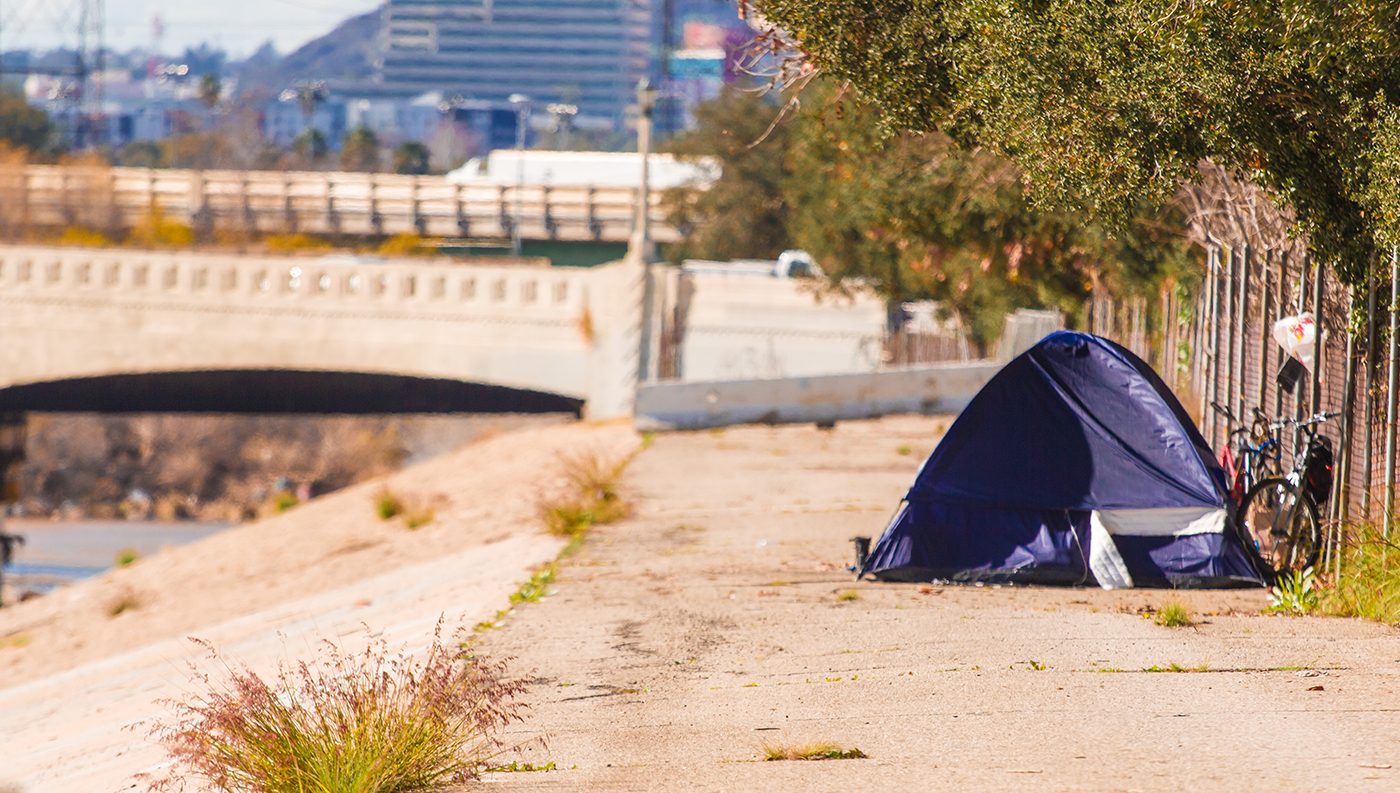 “We have to believe that a better future is possible.”

Five years ago, Timothy C. Acena was living — and sleeping — in his wheelchair behind a busy fast-food restaurant. At night, he’d park himself on a fresh piece of cardboard near the restaurant’s dumpster and clip together a makeshift awning of eight umbrellas to protect him and the five backpacks full of his belongings from the elements.

During the day, he’d sit in front of the restaurant and ask customers to buy him a meal, which they always did, he says. He used the restaurant’s bathrooms and traveled for showers and laundry. All the while, he waited for an affordable apartment to open up.

Today, Acena, 52, has his own bed and a roof over his head. The former construction worker, who lost the ability to walk when he was 40, lives in a studio apartment in West Seattle in a building that provides affordable, stable housing and mental health and addiction treatment services to him and 65 other people who had been sleeping in shelters or out in the cold.

In the building’s lobby, letters cut from beige construction paper hang over the mail slots on the wall, spelling out the season’s message: “Be thankful.” Acena says he lives those words every day. He knows he would probably be dead or still homeless had other people not cared enough to build and manage a place where he could afford to live — and where he could very well spend the rest of his life.

More than a half a million Americans were homeless in 2017, a number that increased for the first time since 2010, according to a one-night count by the U.S. Department of Housing and Urban Development. Experts agree the count doesn’t capture all the people sleeping outside and say the number is probably much higher. According to new Zillow-sponsored research on the size and root causes of homelessness, the actual number of people experiencing homelessness was likely closer to 661,000, about 20 percent higher than the HUD count.

In some cities, homelessness has reached crisis levels as the economy continues to expand and people flock to urban areas for jobs, driving up rents that were once affordable for people earning low and middle incomes.

Many people are one emergency away from a missed rent payment. Today, only 52 percent of renters say they would be able to cover an unexpected expense of $1,000 if they had to, according to the Zillow Group Consumer Housing Trends Report 2018. Gen X renters, who are between the ages of 39 and 53, are the most vulnerable: Only 44 percent say they could weather a $1,000 hit to their budget.

In some cities, the share of median income spent on rent exceeds 40 percent, according to Zillow economists, whose research also ties rent increases to moves and even homelessness. In Los Angeles, for instance, a 5 percent increase in rent would add 1,993 people to the ranks of the homeless.

Some residents of the Grove apartments grew up in homelessness or bounced through the foster care system only to end up alone when they turned 18. Others, like Acena, have struggled with addictions or remain yoked to criminal records that keep them from jobs and homes. At times, it’s hard to for them to see a path back to home, Maloney says.

But, he adds, “We have to believe that a better future is possible.”

Acena is proof of that. Before he became homeless, he lived in a $60 a night motel room, paid for with a combination of his Social Security disability check and funds from a church youth group. When the group’s subsidy stopped, Acena made a temporary home behind the restaurant rather than return to shelter living.

Acena smiles recalling the day he moved into his current home. He could finally sleep lying down. “It was like somebody took a Tyrannosaurus rex off my shoulders,’’ he says.

His apartment costs him $215 a month, about 30 percent of his $720 monthly Social Security income. He spends his days there building plastic models, watching TV, indulging in pancakes with peanut butter and staying healthy.

“I don’t think it’s unsolvable,’’ he says of homelessness. “It’s just difficult. Anything difficult has got to have something good in the end if you go through it.”

This holiday season, you can help these organizations that are working to bring housing security to communities across the country. Their success brings hope to all of us.

How to Plan the Perfect Patio