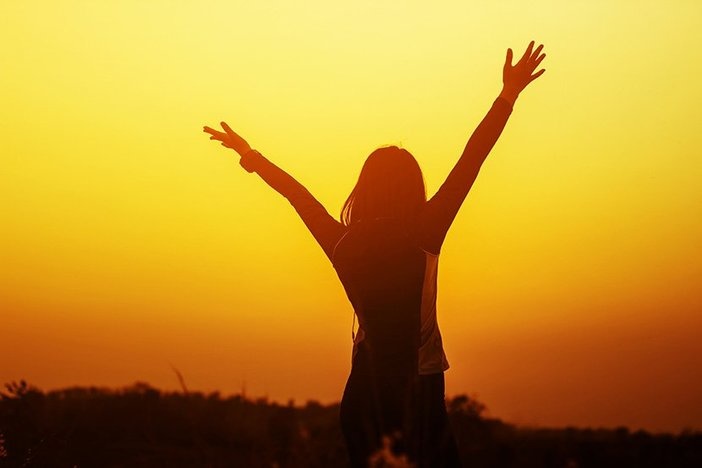 Being broke sucks. Living paycheck to paycheck is hard. Not knowing where next month’s rent is coming from? That’s the worst.

But we’ve all been there. I remember having to decide between putting gas in my car or buying groceries. I remember not being able to afford to fix my wife’s car heater, so she had to drive to work at 4 a.m. with her head out the window because the windshield wouldn’t defrost.

Because look, when you are broke, all you can do is focus on your own problems, your own rent, your own piece-of-garbage car that won’t function right. Your ability to help others—to change the world—is severely diminished. Your happiness falters daily. Your relationships suffer under the weight of financial stress.

Now, don’t get me wrong: I don’t believe money itself is going to make you happy or fulfilled. But you know what? Neither will being broke. So, I made a commitment to end that once and for all in my life. I decided I would do whatever it took to stop struggling financially.

And I accomplished just that.

I wanted to write this post and make this video for those of you who are struggling financially. I’m not selling anything here—not asking you to do anything—except be open to the ideas I’m about to present. Because I remember what it was like. And I want to help as many of you as possible escape the trap of poverty.

I want to free you from the worry of paying your bills. Because once you have that freedom, you can change the way you live, the way you love, and the way you serve others.

I firmly believe being broke is a condition, but being poor is a mindset. Most of us are broke at some point in life, but we can move past that and not let it run our lives—if we change our mindset.

So in this video, I offer five suggestions that have worked in my life to help make sure I never struggle financially again. I’m not guaranteeing any of this advice is worth more than the cost you paid to hear it. I’m just sharing a few tips that completely changed my life in hopes that maybe they will change yours.

As I go through this list, I just ask one favor. Don’t keep this to yourself. Hit the “like” button below the video so more people will see there is value here. And share this video so others can learn that they, too, can stop struggling financially.

This quote, from the late, great Jim Rohn, rings so true in so many areas of our lives. We want things to get better, yet most people just wait for something to happen. But listen close: Things are unlikely to get better unless you make a change in your life. Reading this post and watching the video above are good first steps, but it can’t end there.

I mean, think of it: Are you accidentally going to lose 20 pounds or get six-pack abs? Probably not. You’ll probably have to make a change in your life to get there. Your finances are the same way. Make the choice that you are going to change your actions to get a different result. Commit, right now, to improving every day.

Because here’s the thing most broke people fail to grasp: Wealth is a skill. Like swimming, basketball, or knitting, it’s something you can improve with education, practice, and time. But most people treat making money like it’s a skill you are either born with or lucky enough to get. But for those of you willing to make changes in your lives, you can develop that skill faster than you ever thought possible.

Maybe the change is that you’re going to head to the library and read a book each month about fixing your credit, asking for a raise, or improving some skill that will help you get a better job. Maybe it means you are going to wake up an hour earlier to plan your day, so that you run your day and not the other way around.

Maybe it means you are going to stop eating out entirely and cook all your meals at home. Or you are going to spend every waking minute job hunting and refuse to watch Netflix or use Facebook until you’ve landed the perfect job.

These are real, actionable changes that could have a tremendous impact on your life. So make the change. Live proactively.

I used to blame my broke financial state on my upbringing, my worthless college degree, the economy, and the credit card companies that gave an 18-year-old a credit card—or one of a hundred other things.

But it wasn’t until I started taking 100% ownership of my money problems that things started to change. I now believe my financial state is the result of choices I’ve made up until this point. And furthermore, my future wealth is 100% dependent upon my future choices. And this is fantastic news.

Once I stopped blaming others and took full responsibility, I was able to focus my efforts on the things I could do to affect change.

And this mindset applies to far more than just finances. Not happy with the condition of your marriage? Stop blaming your spouse, and take responsibility for fixing it. Not loving your weight? Your golf game? How much time you spend with your kids? Take responsibility, and make the change you need.

You have the power—for good and for bad.

3. Your Financial Condition Is a Thermostat

Are you familiar with how a thermostat works? You set the temperature at a certain level, and if the home cools down too much, the furnace kicks on. But when the temp gets too high, the heat shuts off and maybe the AC starts to cool things. A thermostat’s job is to keep things level—to keep things the same.

Well, in the same way, your financial condition in life is a thermostat. Earn too little, and your mind kicks into overdrive, finding ways to earn a bit more cash. But as soon as you are back in the comfort zone, you ease off the gas, hustle a little less, and coast a little longer. And most of us don’t even know we do this!

So, how do you raise your thermostat?

Now, let’s get a bit more actionable with getting you more money. To get out of financial despair, you have three options.

You can save your way to financial stability by living more frugally. This means having a budget, finding ways not to spend more, and sacrificing. I know, no one likes the big “S word,” but no one likes being broke either. A little sacrifice now can add up to big changes long-term.

This begins with taking an honest inventory of exactly what you are spending your money on now. Print out your bank statement or use Mint to categorize every penny you spend. Once you know where you are spending it, you can set some goals to maximize your savings.

The other way you can get more money is by earning more at your job. This means working overtime, asking for a raise, getting a new job, gaining new skills so you can get a new position, or negotiating for some kind of commission-based incentive that you can grow. There is a huge problem with finding good employees these days. Like, as a business owner, it’s almost impossible.

If you can be incredible at your job, and I mean incredible, you’ll become so necessary that you can make more money. To quote the title of Cal Newton’s awesome book, be “so good they can’t ignore you.”

And the third way to make more is by building your way there through a side business or entrepreneurship. This means finding additional ways to generate money on your own.

Now, let me be clear: This is tough. Entrepreneurship is not an easy or quick way to build wealth. Very few strike it rich quickly. But the good news is, if you are willing to work hard, continually grow, and be absurdly persistent, it can be a great way to generate more income.

For example, maybe you could start flipping houses, become a real estate agent, start selling a product on Amazon, or whatever.

The problem is, people don’t work side gigs long enough or hard enough. Entrepreneurship requires months and even years of hard work before producing a lot of results. And most people give up. They lose interest.

The draw of TV is more important than the 25 phone calls you need to make, the rejection while door-knocking, the late nights, the early mornings, the lunch meetings with other successful agents to pick their brains. A self-motivating attitude is required for entrepreneurial success.

It can be done, though. People—those with less experience, less knowledge, less intelligence, and fewer advantages than you—have done it.

The final note I want to make on entrepreneurship is this: Pick one thing and stick with it. Stop jumping around from idea to idea.

Pick one plan, and stick with it long enough to make it work. Yes, make tweaks—but don’t jump ship. Ideas are mostly worthless because nearly every idea could be a good idea. It’s the implementation over the long run that makes the difference.

Attaining freedom through entrepreneurship is a lot like trying to get a 100-car train moving. It’s slow at first, and it doesn’t feel like you are making progress. But you are, and if every time the train gets up to 20 mph you quit to start something different, you’ll never get up to full speed.

Now, my final point might seem a big counterintuitive, but here it is…

5. Give More Money Away

That sounds funny, doesn’t it? But according to a recent study by Arthur C. Brooks, social scientist and president of the American Enterprise Institute, giving can actually make you wealthier.

The survey found two things. First, the obvious: People who had more income gave more. But the study also found that giving itself actually scientifically made people wealthier. The very act of giving away money resulted in people having more. In fact, he found that a family that gave away $100 more than another family in the same income bracket will predictably earn, on average, $375 more as a result of their generosity.

Weird, isn’t it? But maybe not…

The act of giving away money sets a tone for how you feel about money. Is money a precious resource that you should hoard? A scarce resource? Then, hold on tight to it. Because there might not be any more.

But if money is just a measuring stick of a skill that you can personally improve, then giving it away just makes sense—because there’s always more to be made. Giving away money, essentially, trains your mind to think about money differently—to think about money the way that wealthy people think of it.

Additionally, numerous studies show that giving away money is one of the best predictors of a happy life. So even if you don’t feel you have anything to give, find a way to start. Even if it’s a dollar this month, $5 next month, $10 the month after—start giving toward causes you believe in. Help the world while helping yourself escape financial struggles.