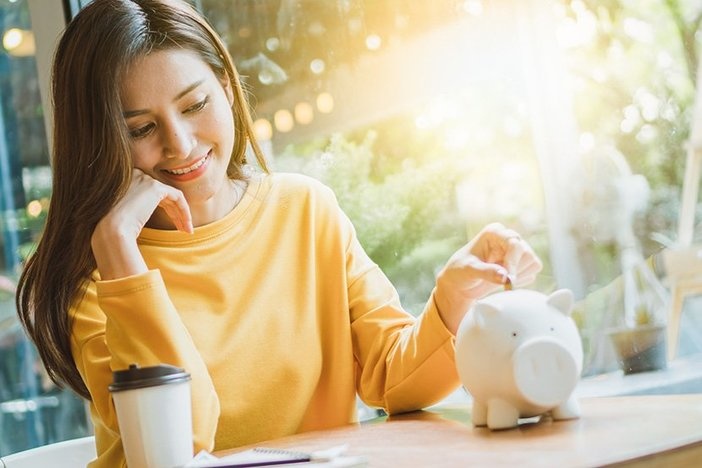 Real estate investing is a wonderful tool. But the key to financial independence or any other worthwhile financial goal has nothing to do with real estate.

Instead, the basics of building wealth—whether that’s with real estate, stock investing, or starting a business—has three basic steps:

It’s fun to talk about No. 2: How to invest wisely. And real estate can be an excellent investment. This is why most of the articles, podcasts, and videos you see go into detail about that topic.

And occasionally you’ll see content or a book (like mine, Retire Early With Real Estate) that spend time on No. 3: harvesting and living off your investments. Real estate is also a fantastic vehicle for this goal.

But No. 1—how to save money—isn’t that sexy. Yet it’s the first step and the key to achieving success with real estate or any other wealth-building path that you take. I first learned about the power of saving money as a 23-year-old college grad, when I heard the story of “the gap.”

The Story of the Gap

The fall after I graduated from college I was trying to figure out what I wanted to do with my life. I was an above-average college football player at Clemson University (Go Tigers!), but professional football didn’t work out.

I wasn’t ready to begin a normal work career or to apply to medical school (I was a biology major in college). So, I decided to just take some extra classes at Clemson University for the fun of it. I loved to learn, and it would give me some time and space to think.

My classes during that extra semester included entomology (the study of insects), the philosophy of science (yeah, I’m a nerd), accounting, finance, and business management. I loved all of my classes, but the professor in my business management class changed the course of my life.

My professor was named Dr. Louis Stone, and he eventually became my friend, mentor, and private investor in real estate. Soon after I met Louis, he told me a story about a simple formula to build wealth (aka the gap). The story stuck with me and gave me a basic formula for achieving financial independence relatively quickly in my own life.

How to Become Rich

When Louis was in his 20s working in North Carolina, he met an older, wealthy gentleman. One day the old man asked him:

“Louis, do you want to know how to become rich?”

“Of course!” Louis enthusiastically said. (So did I when Louis asked me!)

“Louis, if you keep doing that, you can’t help but become rich. And it will happen faster than you think.”

The point of the story was to create a larger and larger gap between income and spending. This savings gap is the magic of building wealth quickly and steadily. And Louis’ old mentor knew the natural tendency of young people in the workforce to inflate their lifestyle. And this, more than anything, destroys their chances to build wealth VERY quickly.

But Louis listened. So did I. And now it’s your chance.

This simple idea of a savings gap has worked for many people. In fact, an entire book called The Millionaire Next Door shares example after example of millionaires who followed this simple path to wealth.  They lived simply, earned above-average income, and regularly saved an enormous amount of money. Nothing fancy. But very powerful.

And although the concept is simple, it also has some interesting math behind it that I’ll share in the next section.

Pete Adeney, more commonly known as the popular blogger Mr. Money Mustache, retired at 30 years old after almost 10 years of work as a software engineer. Pete is a smart and funny dude who writes about his story and principles at mrmoneymustache.com.

One of my favorite articles from Pete is called “The Shockingly Simple Math Behind Early Retirement.” In the article, Pete shares that one factor more than any other allowed him to retire early.

The key factor was his savings rate, or the percentage of his take-home pay that he saved.

This, of course, is the same as the savings gap that Louis, I, and now you have learned. And the results of the math relationship Pete found basically look like this: This is a graph of the relationship between savings rate and time until you retire. As you can see, the relationship is not a straight line. The time to retirement gets significantly shorter the more you save. Here are the same results in chart form:

There are, of course, assumptions to this math, which you can see in the article linked above. For example, your expenses before and after retirement are assumed to be the same. And investment returns are 5% above inflation and withdrawal rates after retirement are 4%.

There is also the very real challenge of income inequality and the unequal obstacles that people from different backgrounds face to increase income or to reduce their expenses. Simple math doesn’t solve those complex, long-standing problems that we should face as a society.

But the main point I’m trying to make using Pete’s math is this:

If you want to reach financial independence in a much shorter time than average, focus on becoming much better than average with your savings rate.

And in this case, being average as a saver is not good for your early retirement plans.

You Need to Be an Above-Average Saver

Is it any wonder people are stuck at jobs their whole lives without being able to retire and take control of their money? The rate of 7.96% in the U.S. puts people on the FAR end of the graph with between 50 to 60 years to retire (without outside government help).

If you want to retire earlier, even using incredible real estate strategies that somehow earn 25% returns won’t help you without savings. And that’s the whole point of this article.

You FIRST need the savings rate, then you can focus on growing those savings with amazing investment strategies. Without first saving money, you’ll never make true financial progress.

So, my challenge to you is to figure out your own savings rate. In rough numbers, estimate: